Monitoring of our Streams 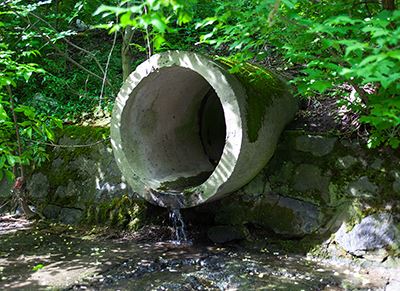 Streams in a sub watershed are walked yearly to get a true picture of stream health. Visual stream assessments gauge the quality of a stream and the progression of erosion. Bank erosion is mapped and flow is measured.

Stormwater outfalls are sampled during all seasons. Sampling during a rain event can provide information about the upstream basin and possible sources of pollution.

Sampling and screening activities during dry times are designed to find illicit discharges and pollution sources to our streams. In addition to screening stormwater outfalls to local streams, staff also screens hot spots or areas that have a higher probability for illicit discharges. 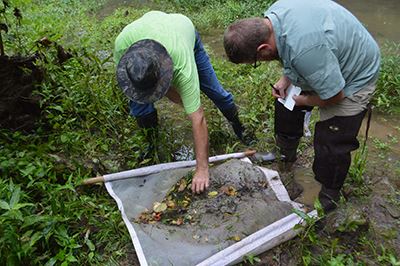 Some species survive in clear water streams and are sensitive to pollution while others can survive in polluted water.

Stoneflies need clear water with plenty of organic input into the stream while caddisflies need adequate substrate material to build casing in which they live. Both are very sensitive to pollution. Neither of these species will be found in a stream with no vegetation and covered in sediment.

Sampling is conducted by MWRD annually to determine a water quality baseline. Organisms are identified and counted to determine whether species are rare, common, abundant or dominant.