In the early 1940s, airport training facilities were established at Middle Tennessee State College as a training detachment for the Army Air Corps. The training program continued at Murfreesboro Airport through World War II and was then replaced by a privately owned flight training school.

Murfreesboro Municipal Airport was officially dedicated in 1952, at which time operations at the existing State College Airport were moved to the current location. Middle Tennessee State University continues to train professional pilots, aircraft mechanics, air traffic controllers, and airport administrators. The university maintains a fleet of over 25 aircraft and has continued to maintain a ranking of one of the top five aviation programs in the nation. 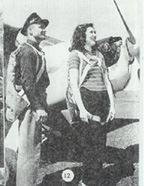 The Murfreesboro Municipal Airport was awarded the 2002 Most Improved Airport of the Year Award. It has received a Front Door Award from the Tennessee Division of Aeronautics and Tennessee Department of Economic and Community Development every year since 1995.

The Front Door Award recognizes airports that meet all of the requirements for certification, maintain safe operations, maintain the grounds in good condition, and serve as good representatives of their community and of Tennessee to businesses that travel in and out of the city’s "front door" at the airport.

Airport Manager of the Year

Chad Gehrke was named as the Airport Manager of the Year by the state of Tennessee in 2006 recognizing the many improvements that he was involved with at the airport, his ability to work with the university, tenants, and organizations such as the Experimental Aircraft Association (EAA).

With a growing number of businesses and industries from all across the country building stores, restaurants, and facilities in Murfreesboro, owners, engineers, contractors, managers, and clients are using the airport to quickly conduct meetings, check on their businesses, and fly out to their next destination. The airport allows them the ability to efficiently and effectively conduct business in Murfreesboro and several other locations across the nation in one day.
City Council
Agenda Center
Jobs
Online Payments
Maps
Permits
Public Transit
Parks and Rec
Police
Water Resources
Stay Connected
Videos
Next Previous
/QuickLinks.aspx
Government Websites by CivicPlus®
[]