The Murfreesboro Greenway System consists of the Stones River and Lytle Creek trails. The Stones River and Lytle Creek Greenways are available for you to enjoy nature hikes, walking, running, bicycling, or in-line skating along the 15 miles of greenway trails. Small watercraft access points are also available for paddlers to enjoy the Stones River. The Murfreesboro Greenway System connects historical sites, parks, neighborhoods, and businesses; it also serves as a conservation corridor to preserve precious natural and cultural resources.

There are 16 trailheads to provide access to the Murfreesboro Greenway System, and a printable map is available to download. Read the rules for greenway usage to stay informed.

As a cooperative effort between the City of Murfreesboro and the U.S. Army Corps of Engineers, the $4.5 million North Murfreesboro Greenway starts at Walter Hill Park on Highway 231 and heads west on the east side of the Stones River. The new portion extends the Greenway to 13 miles.

The North Murfreesboro Greenway trail will be open from daylight until 30 minutes prior to dusk. The Walter Hill trailhead is one half mile south of Jefferson Pike on Highway 231 (Lebanon Road), and the trailhead on Central Valley Road is located approximately one mile from Highway 231.

The same park and greenway rules will apply to the pedestrian trail; for example, non-motorized bicycles are allowed, and skateboards are prohibited. All pets must be on a leash, and dog owners must clean up after their pets. Horses are not allowed on the pedestrian trail.

The greenway provides a venue for active lifestyles as well as connecting the community with an alternative transportation option. The trail also serves as a vital corridor along the river for wildlife to safely use while moving from place to place, which is important in our fast growing, fragmented community.

The initial design process included public meetings to receive input from the residents affected, and the original design was revised several times. Keeping the river in view was a challenge, but a priority in the design of the trail. An old road bridge was incorporated as a scenic river crossing, and using an existing neighborhood as a trailhead provides greater accessibility. Three river crossings with two steel bridges and three new trailheads easily accessed by nearby neighborhoods accompany this section.  Each trailhead offers parking, trash receptacles, map and rules kiosk; two trailheads also offer interpretive panels about the local fauna and flora.

This section follows the West Fork of the Stones River through limestone bottom river and tributaries, hardwood forest, and cedar glade-like environments.  Mature trees, native wildflowers, and rock outcrops dot the landscape to make an enjoyable corridor through multiple habitats.  Wildlife such as great-horned owls, bobcats, and deer are observable along the meandering asphalt trail.

Mark your calendar for upcoming events on the Greenway! Call the Greenway office at (615) 893-2141 for more information on any of these events, or check out the bi-monthly Rec Connection, Murfreesboro Parks & Recreation program guide. 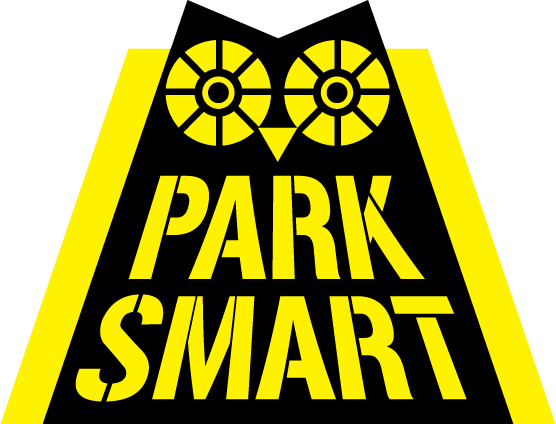 Park Safety begins before you arrive. Don't bring valuables, and make sure your belongings are hidden out of sight. Lock your vehicle, and bring your key with you. Be Park Smart!

Family Fun
The Greenway Scavenger Hunt is a fun activity for the whole family. See if you can find everything on the list. 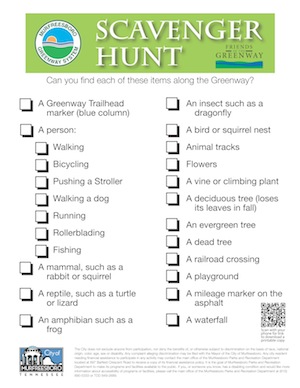