Health of our Streams 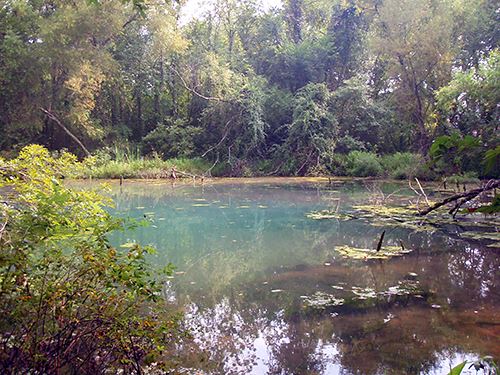 Murfreesboro is located on a limestone karst terrain which causes our streams to function differently than most streams. Understanding the complex nature of our karst streams can help us better determine sources of pollution or reliable streamflow. Many of our smaller streams originate as springs, sink into the subsurface, and reemerge as springs downstream leaving entire segments of the stream dry. Flow lost in a stream can travel in the subsurface to a different stream. Subterranean streams flow long distances underground and are exposed briefly at the bottom of sinkholes called karst windows. Subterranean streams often emerge as large springs.

Sink point - Flow sinks into the subsurface, usually in a streambed.

Karst window - A cave stream exposed briefly on the surface or a window to a cave stream.

Dye trace - A mapping method used for underground waterways. Dye is injected into a sinkhole or sinking stream and is detected later at a downstream spring. 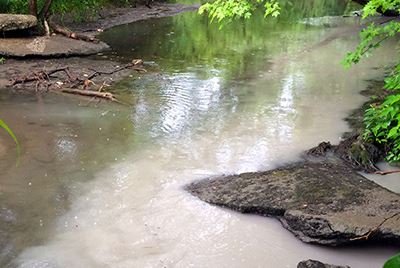 Sediment enters streams from bank erosion, construction site runoff, and breakdown of impervious surfaces like roads and parking lots. Once in the stream, sediment covers delicate streambed habitat and eventually drops out in the stream creating diversions like point bars. Later sediment has to be removed from the water in the treatment process which can be costly.

The riparian zone or streamside buffer is the zone of vegetation alongside a stream. The riparian zone is part of the stream and plays a huge role in maintaining the health of a stream. The vegetation helps hold the bank in place while regulating water temperature by shading the stream. Organic material also provides energy for aquatic life. A water quality protection area (WQPA) was established to protect this vital part of the stream during development. In Rutherford County, agricultural land was often farmed to a streambank leaving many streams without buffers. Development in these areas often requires the establishment of a WQPA on stream segments which may have seen erosion problems for many years. 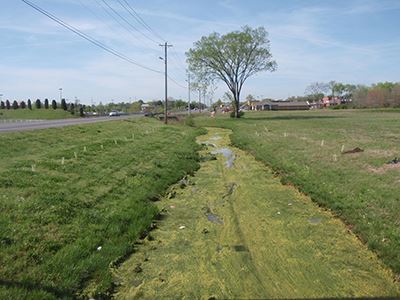 A stream can have high nutrient levels for many different reasons including runoff from highly fertilized yards to agricultural runoff. High levels of nutrients in a stream can promote algal growth which depletes oxygen.

Dye tracing is used to better understand subterranean flow paths. Dye is injected into a sinkhole or sinking stream and later detected in a spring, karst window, or gaining stream segment. Dye tracing is a valuable tool in locating pollutants that travel long distances underground.