Barfield Park has several resident Great Horned Owls. One nesting pair lives very close to the Greenway. They have been working hard for several months to raise their brood, but the Greenway passes right through the fledgling’s flying training ground! In order to give this family a chance to be successful without human interference or involvement, this section of the Greenway is temporarily closed.

The Great Horned Owl is one of the most common owls in North America. Their range extends throughout Tennessee, including Rutherford County. Their ear-like tuffs, yellow-eyed stare, and hooting voice makes them a regular addition to many children’s story books. Their eyes don’t move within the sockets, but they can swivel their heads more than 180 degrees to look in any direction. Their diets consist of rodents, small mammals, and other birds. Great Horned Owls typically mate during colder months starting after new years. The owls will start laying their brood shortly after and lay an egg every other couple days until complete. Incubation usually last from 35-40 days. The egg laid first will be born first and have a head start on the other baby owls. The parents will look after the young until they leave the nest and can fly. 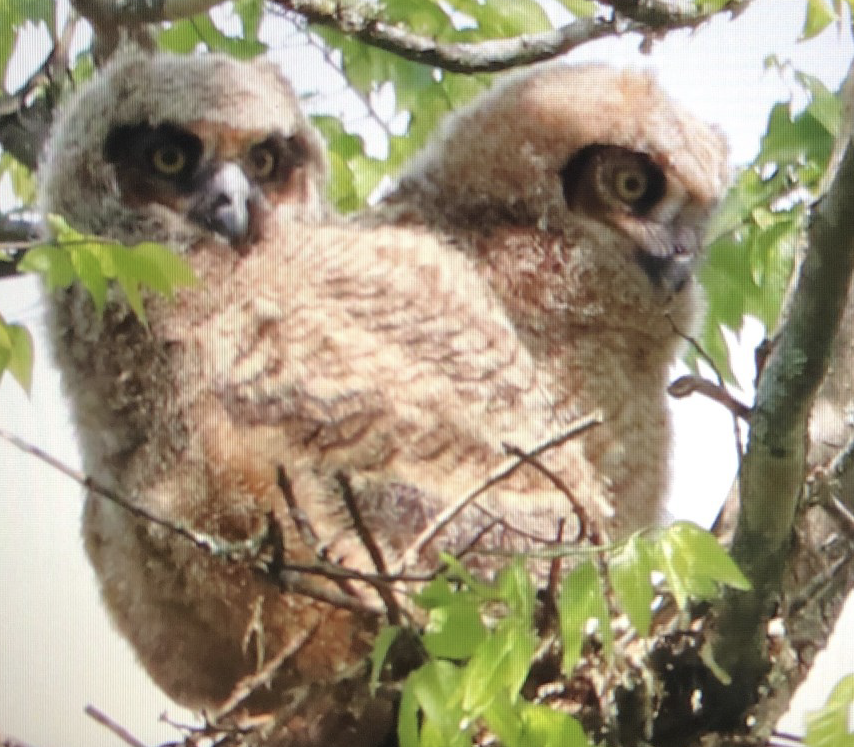